Plight of an unreserved category person… Disclaimer: The opinion mentioned in the following article is my view on reservation. If you feel that you might get offended by such free speech, please do not read any further. Even after this if you carry on with reading this article and get offended, then blame yourself because I for sure warned you!

In general, when you see the word reservation you think about the reservation of a seat in a restaurant, train, flight, bus etc. However, reservation holds a whole new meaning for the people of India. It is not just some quota for socially or economically underprivileged individuals in India but is also an evil which haunts all the general category individuals working very hard to build a decent and respectable career for themselves.

Reservation was introduced by the founding fathers of India to help fight the vicious caste system prevalent in those days, to give those unfortunate people an opportunity to dream, learn and innovate. However, like everything has its pros and cons, politicians, or may I say wicked opportunists, soon turned this goodwill of the founding fathers into another divide and rule policy. And tada! British Raj was back with a few indigenous touch-ups. Even today many parties emotionally exploit these individuals (just to gather vote) in the name of social discrimination, backwardness and caste system. But is the caste system still prevalent in urban, educated and developing India? Are people still forced to pursue professions based on their caste? Well I do not know about the rest of India but here is what I have observed: 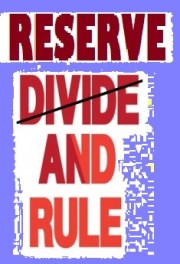 During the first few years of my life on earth I was unaware of the concept of caste. The only thing I knew was that there are some sections of the society who have privilege over me in elementary education, higher education and government jobs.

Later I came to know that there are only half the seats available in higher education institutes for the “majority” general category people. Rest half of the seats are reserved for the “minority”. The real majority-minority math here is a little confusing. :/

Then I came across people who enjoyed their high school and partied on almost all weekends. They called me geek. They laughed at me when they got into top notch institutes and I was left with second category schools even after relentless studying and hard work. They said, “We are socially backward, we do not need to work hard to achieve things. Hard work is for you people. Face the repercussions of all the torture that your ancestors inflicted upon our ancestors.” Well, I completely agree with them on being socially backward in history, but socially backward now is a little hard to digest. Does reservation really serve the purpose of bringing overall equality in the society which was the initial aim of our founding fathers? Ten decades down the line my progeny can say the same thing to the current socially backward people’s progeny. This will become a vicious circle of social inequality and then there will be running away.

During college, I performed very well. I was amongst the top 3 of my class. I came to know that there was a scholarship scheme for the meritorious students of each department. When I went to claim my rightly earned scholarship, I was turned down by the statement “You belong to general category. You are not eligible for any scholarship program.” [Yes, sadly this is my true story] How, is this equality? Are all general category people born rich? Are all socially backward people born poor? How does this motivate students to do well, to dream and to work for the country which awards scholarships to students on the basis of caste and not merit? How does this make me an “upper caste”? All it does is instill in me a dislike against the “privileged” section of my society. Not because they are socially backward, but because I have to compromise on my rights just in order to make them feel important. Moreover, I use the word dislike and not hate because I believe that no matter to which caste, class or category a person belongs, I still respect him/her because they belong to my nation, because he/she is my brother/sister

This does not end here. I appeared for an entrance exam to get admission into the top B-schools of my country. However even after my late night studies and impeccable score I could not get in. On the other hand, there were a lot many students who fared far worse than me in the entrance exam but still managed to score a seat in those ivy league B-schools because of the obvious reason. I had to again settle on something mediocre, something which I cannot not even call an achievement.

If this doesn’t build frustration in a person’s heart against caste politics then what does? If this doesn’t qualify as mental torture inflicted upon bright minded general category people then please re-define mental torture for me? If this isn’t injustice against the innocent and intellectual “general” minds of the country then I think Indians should just stop talking and believing in the theory of KARMA!

The only conclusion I can gather is that Reservation is destructive. It is a murder of dreams, the murder of merit and murder of respect for the term equality! It destroys the lives and spirit of youngsters who want to dream big, who want to innovate and achieve things in life through their hard work and sincerity. Reservation is a villain in disguise, a version of the earlier caste system. Say yes to equality, say no to reservation!